Start Your Day Right With This Powerful Morning Prayer - Finds.Life.Church

Start Your Day Right With This Powerful Morning Prayer

Want to start praying stronger, more passionate prayers? Pastor Craig has a powerful morning prayer that will kick-start your day and change your prayer life. Here’s an excerpt from his book, Dangerous Prayers.

For twenty-five years, I’ve had the same workout partner. His real name is John, but I call him Paco because, well, Paco seems like a better name for a workout partner. Even though Paco is older than I am, he’s one tough dude. I’ve never seen him throw a punch and he’s too kind to ever insult someone, but I have no doubt if push came to shove, I’d want him on my side in a street fight.

You might guess that Paco and I don’t cry together. We don’t talk much about our feelings. We’re workout partners, not crying buddies.

But then something happened. Paco suddenly began experiencing severe ringing in his ears, and that’s when I saw a different side of my tough buddy than I’d ever seen before. I didn’t know much about tinnitus, but once I saw Paco suffer, I learned what a terrible ordeal it can be. For some, this constant ringing never stops. And there is no cure. For the more severe cases (like Paco’s), I understand it’s like a train driving through your brain. Twenty-four hours a day. Every day.

Although there are some devices you can use, the pain for many is unbearable. Tragically, Paco had one of the worst cases his doctors had ever seen. After traveling to the top experts and specialists, Paco got the best advice from a fellow tinnitus sufferer. The guy explained that the noise would never go away. And the only way you can endure it is to get closer to God than you’ve ever been and pour out your life serving other people.

Sounds crazy, doesn’t it? Just suck it up and smile as you act like everything’s okay. I remember when Paco told me about this guy’s advice. It seemed trite. Useless. But Paco hadn’t seen another person with severe tinnitus function as well as this man. So with nothing to lose, he tried it.

Daily, he pressed into God like he never had before. Reading God’s living Word. Meditating on his truth and love. Worshiping. Praying. Fasting. John and his wife, Jennifer, started a small group and began pouring into others. They “adopted” a single mom and her kids and started serving them selflessly. And in giving their lives away, the roaring in the brain never got better, but somehow John started getting better. The pain didn’t lessen, but John’s joy increased.

At the gym one day we were trying to work out. John explained to me that tinnitus is the worst pain he could ever imagine. And yet, by God’s grace, he’d never been closer to God than he was in that moment. He told me that in brokenness, he found joy.

I’m not sure if he started to get misty-eyed first or if it was me. But there in front of everyone in the gym, two lifelong friends couldn’t hold back our tears.

In our brokenness, we often experience God’s greatest blessings.

In the brokenness and pouring out of his life, John found hope. In the middle of his worst pain, he discovered a peace from heaven that he didn’t have the words to explain. I had discovered it for myself. But now I saw it in him. In our brokenness, we often experience God’s greatest blessings.

I’ll admit, it takes tremendous faith to pray this prayer: God, break me. It requires divine boldness. And I understand why many wouldn’t ever ask for brokenness. But on the other side of fully trusting God, there is a blessing that cannot be found in comfort and ease.

The apostle Paul cried out desperately to God for healing and deliverance from some unknown trial. In three different seasons, Paul begged, pleaded, and petitioned God to take it away. But when God said no, Paul discovered something he would have missed otherwise (2 Corinthians 12:5-10).

Who does God most often use? God uses those who are broken and dependent on him.

During the last supper, Peter listened as Jesus explained that his body would be broken. Just a little while later, after Jesus had been arrested, Peter experienced his deepest breaking. Three times Peter denied even knowing Christ. On the third time, the Bible says someone asked Peter if he was with Jesus. “Peter replied, ‘Man, I don’t know what you’re talking about!’ Just as he was speaking, the rooster crowed. The Lord turned and looked straight at Peter” (Luke 22:60–61 NIV).

For years, I didn’t notice that last part: “The Lord turned and looked straight at Peter.”

Peter denied knowing Jesus. Jesus saw the denial. And their eyes met. Can you imagine the shame, the sorrow, the brokenness Peter felt? But then when Peter experienced the grace of Jesus after the resurrection, no one was better prepared to preach on the day of Pentecost. God chose Peter to be a foundational part of his church on earth. To tell others to turn from their sins. Because Peter had turned from his.

Years later, when Peter was asked to deny Christ, this time he refused. When the enemies of Christ wanted to crucify Peter on a cross, tradition tells us that he said he was unwilling to die as his Savior died. Instead, he asked to be crucified upside down. The same man who cowered in fear stood boldly in faith. He was a different man.

Peter was broken and poured out.

We may not be broken like Peter, or even like each other, but we will all face moments in life when we have a choice to make. As my trust and faith in God grew, not only did I accept it, but I also found the courage to pray for it. But there was something about brokenness that I didn’t understand.

True brokenness before God isn’t a one-time event; it’s a daily decision. Paul said, “I die daily” (1 Corinthians 15:31 NKJV). What does that mean? Every day, he chose to crucify his own desires so he could live fully for God’s.

We are each called to die daily. To be broken and poured out. To become dependent on God’s Spirit. To rely on him for our comfort, our guidance, our source of power.

Being broken isn’t just a moment in time born out of a painful event. It’s a daily choice to die to pride. To crucify lust. To destroy selfishness. Rather than living a life of ease, it’s a choice to live a life of faith.

You might experience it when you do what’s right, yet you are criticized by those who don’t understand. Or when you respond with love, instead of anger, to someone who attacks you. Or when you faithfully do something you believe God directed you to do, even when it doesn’t make a lot of sense and even when your coworkers mock you.

If you don’t want to pray this dangerous prayer, then don’t. Many people wouldn’t blame you. I sure won’t.

But if you have the courage to pray it, get ready. Get ready to know God, and be known by God, in a way you’ve not experienced before.

If you are struggling financially, fall on God and trust him for his provision. If your life is falling to pieces, break along with it. Trust that God will be what you need. Adjust your heart. Guide your steps. If you have had a bad report from a doctor or you are afraid for the health of someone you love, pray to Jesus, the one who healed the sick and performed miracles in the lives of everyday people.

When things get difficult, many run from God. Don’t do that. Run to him.

When things get difficult, many run from God. Don’t do that. Run to him. And don’t fight the breaking. Forget trying to appear strong. Be weak. Be vulnerable. Be broken. It’s in your weakness that you discover his strength. In your brokenness, you find his blessings.

It’s not a comfortable, half-hearted, part-time commitment to Christ. It’s a radical, daring submission to his will for your life.

You can play it safe. But my gut is you want more than that. I choose different. I am a faith-filled, bet-the-farm risk-taker. I will never insult God with small thinking or safe living. If there are blessings on the other side of brokenness, then break me.

When Jesus looked at those he loved and thought of those who were to come, he made a choice. He chose brokenness. His body was broken for you and his blood poured out for your sins.

Do you want more? Know there is more? Do you want to glorify God? Then go for it. Pray it. Step into it.

Live broken and poured out.

It takes faith. It’s not a safe prayer. There is no question it’s dangerous.

But God’s most intimate blessings await you on the other side. 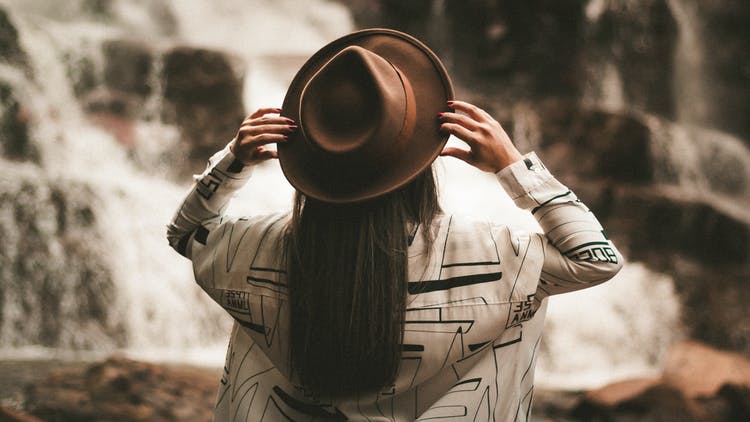 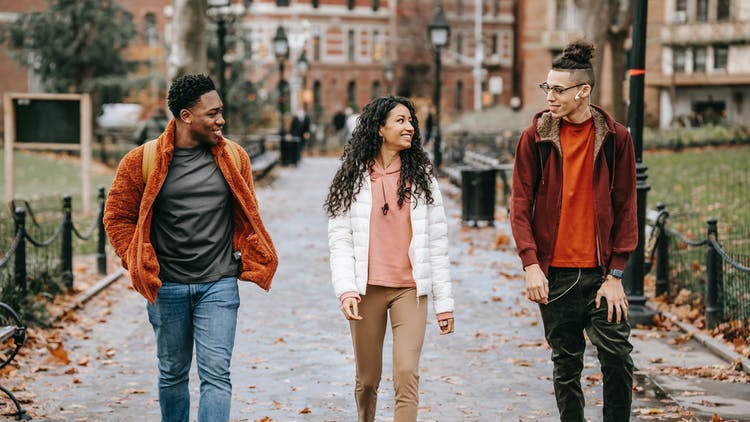 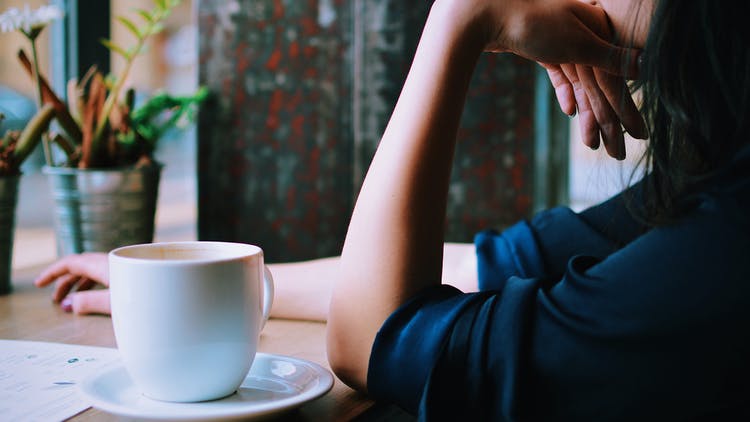