A Story to Help You Understand God When Bad Things Happen - Finds.Life.Church

A Story to Help You Understand God When Bad Things Happen

You know what? There are times when I find it difficult to understand God. He doesn’t always immediately make sense to my mortal mind. But, when I look at this Jesus story, it all starts to work out for me. I’ll explain.

If God’s existence were determined by His prevention of our pain, then He’d be gone with the next storm strong enough to wreak havoc in your neighborhood.

But first, today, a family of five in the middle of America may be without power due to a storm, or in a ditch, or experiencing something worse. They may have to spend their savings to eat and sleep in their car to get through their situation. Halfway around the world, a family in the middle of Africa may have no electricity, or savings, or easy ways to get food. Another family in Australia may be living at friends’ houses, or in motels—at least when they’re not on the street. A family in Europe may tragically lose a child to an unexpected disease. In the next 24 hours, in impoverished regions of the world, thousands of children are expected to die due to a lack of food and clean water. If God’s existence were determined by His prevention of our pain, then He’d be gone with the next storm strong enough to wreak havoc in your neighborhood.

All of us have doubted God in the midst of pain, right? But, we’re not the first to let difficulty cause us to doubt whether or not God is who He says He is.

John the Baptist, Jesus’ cousin, is famous for preaching about the coming of Jesus and proclaiming that he wasn’t even worthy of lacing up Jesus’ sandals (Mark 1:7). Later, John ended up imprisoned after spending his whole life in service to God. He was put in prison for preaching God’s truth. John was clearly having second thoughts when from prison he wrote to Jesus, “Are you the one who is to come, or should we expect someone else?” John was wanting to understand God; he wanted to be sure that Jesus was truly the Savior that he’d made him out to be. And maybe, deep down, John was also wondering if Jesus would be the one to come to his prison cell and break him out.

Then, Jesus, who basically called John the Baptist the greatest human to ever live, responded by pointing to some of the miracles He had done, and finished with, “Blessed is anyone who does not stumble on account of me.” It’s as if Jesus said, “Look John, I’m the Savior, and I do saving works. But don’t base your faith in me on whether or not I save you from prison.” And Jesus didn’t save John from prison. John was eventually beheaded for the entertainment of others (Matthew 14:1-12).

The same Jesus who comforted John before his death is with you today in the midst of your pain.

So what can we take away from this story? Whether or not God saves you from an earthly struggle does not determine whether or not He is God. And, while you might not have proof of how God feels about you like John the Baptist did, Jesus still died on the cross for you 2,000 years ago. And the same Jesus who comforted John before his death is with you today in the midst of your pain. Is it possible to understand God if he doesn’t stop our pain? Well, if He’s willing to bear it with and for us, then yes. 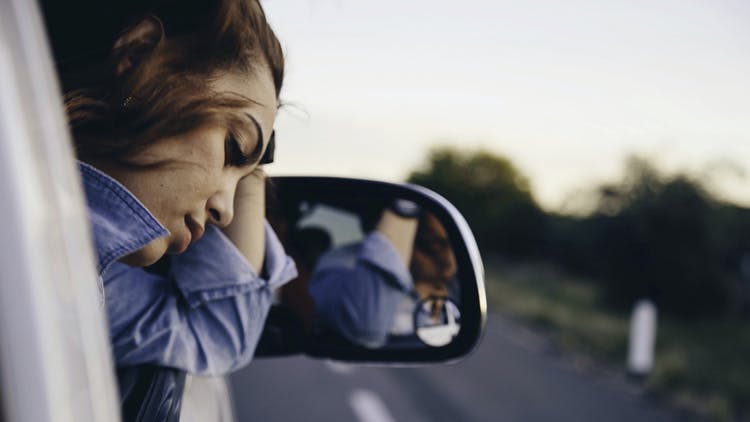