So What If I Don’t Get Married? - Finds.Life.Church

So What If I Don’t Get Married?

Do you ever find yourself asking questions like that one? What if I don’t get married? Will I be alone for the rest of my life? What if I never get a decent job? Will that mean I’ve wasted my potential? What if I live in my parents’ basement from now until the end of time? How will I ever show my face at my high school reunion?

For much of my life, I lived with questions like those buzzing around in the back of my mind. Questions that made me doubt what sort of future lay ahead of me. I hated those questions. But I also couldn’t stop asking them.

If you can relate, then my story is for you.

I was raised on a steady diet of Disney movies and fairy tales. I loved those stories, and as an overly imaginative child, I didn’t just watch them, I lived in them. I would insert myself into my favorite tales and go on epic adventures with ragtag misfits. Befriending dragons, rescuing kingdoms, and defeating a cackling antagonist were all part of a day’s work. And falling in love with a perfectly imperfect prince/knight/rapscallion? Well, of course that was part of the story. After all, it was part of all the other stories I loved.

As I grew older, I began to live more in the real world and less in the world of my imagination, but I still felt the influence of those childhood tales. When I envisioned the life I wanted to lead as an adult, I envisioned a life of—what else?—wondrous adventure. I hadn’t figured out the specifics, but I knew that I wanted to live in interesting places and befriend interesting people. And falling in love with a perfectly imperfect guy? Well, of course that would happen. After all, everyone gets married. At least, they did in every book I read, television show I watched, and movie I saw.

Those were the assumptions I carried with me through middle school, high school, and college. The details would morph depending on whether I wanted to be a lawyer, veterinarian, or fighter pilot at the time. As I grew older, my expectations grew more grounded, but the underlying desire for a life of adventure and a spouse to enjoy it with remained unchanged.

So, imagine my surprise when I reached the real world, and life was nothing like I imagined it would be. Finding a job seemed like an endless cycle of filling out job applications and hearing nothing in return. I had to move back home and live with my parents longer than I’d care to admit. I experienced health issues for the first time in my life. And my future spouse I was so sure was out there somewhere? He was still nowhere to be found.

Not making matters easier was the comparative success my friends and family members were experiencing in their own lives. I attended their bridal showers and weddings and parties for new jobs and promotions. I was genuinely happy for them, of course. But when I returned home from each celebration, still in the same place I’d been for years, my resentment began to grow.

Who did I resent?

Interwoven with every life experience I’ve described before this point was an ongoing faith in and relationship with Christ. My family attended church every Sunday. I understood the Gospel and accepted Christ as my savior at a young age. I genuinely like going to church. I was part of the leadership team in my youth group. I minored in religion and philosophy in college. I’ve participated in too many Bible studies and small groups to count. I read my Bible every day. I prayed for the things I thought I needed—a job. My health. A spouse. I was doing everything I thought, as a Christian, I was supposed to do. And despite that, God had in me in a situation I hated.

I understood, on an intellectual level, that my behaving like a Christian did not require God to give me anything. I knew that He’d already granted me salvation, which was so much bigger and more important than the things I wanted for my life. I understood that I would always be His and that He was always working for my good.

But I still wanted what I wanted. I wanted a good job. I wanted to be independent, to travel, to live up to my potential. I wanted to get married. And God didn’t seem to be interested in making any of those things happen. And if He wasn’t interested in making those things happen, then I really wasn’t interested in whatever plan God had for my life. I could’ve resisted this resentment. I could’ve done the work of confronting my will and pushing it back. But I didn’t. And I grew more resentful.

I was faithless. But God, as he strangely, remarkably, always does, remained faithful.

And because God knows me better than anyone, He revealed His faithfulness to me through a story.

I found myself reading about the life of Dietrich Bonhoeffer. He was a German pastor who was martyred during the last days of World War II. (Interesting story, right?) The account of his life, and particularly his death, broke that part of me which kept insisting on getting what it wanted.

Bonhoeffer remained faithful to God throughout the whole of his life, always pushing to know God better and to support and disciple those around him. He was more devoted to God than I had ever been. And what did that devotion to God earn him? Prison, and later, a concentration camp.

But instead of growing resentful, he remained confident of God’s faithfulness to him. Even in his last hours, when he knew his death was imminent, he was sure of God’s constancy.

What’s more, I could see how God was working in Bonhoeffer’s life and in the lives of those around him, right up until the end. There was a purpose to the life Bonhoeffer lived and the death he died.

Not just a purpose. The best purpose.

Even when I don’t understand what God is doing, He is faithful and trustworthy, and the plan He has for my life is the best plan for my life.

That knowledge was enough for me. At that point, I gained an assuredness about my future I hadn’t felt before. I knew my life might not ever look the way I had imagined as a child, or desired as a young adult. But I was able to rest in the knowledge that, even when I don’t understand what God is doing, He is faithful and trustworthy, and the plan He has for my life is the best plan for my life.

I still think about the future. I still ask questions like, “Where will I be five years from now?”, “Will I ever be able to afford a house?”, or, yes, “What if I don’t get married?” But now, when any sense of trepidation or resentment accompanies those questions (and trust me, those inclinations are still there), and I wonder whether I’m on the right path, I go to the verse often repeated in the message given at Bonhoeffer’s funeral.

Then I look to Christ, and answer the questions that come my way.

Where will I be five years from now? Right where God wants me.

Will I ever be able to afford a house? Maybe, maybe not. But wherever I’m living, I know God will be working through me.

What if I don’t get married? Then marriage isn’t God’s plan for my life. But whatever plan He has in store is the best plan I could hope for. And He’ll be with me every step of the way. 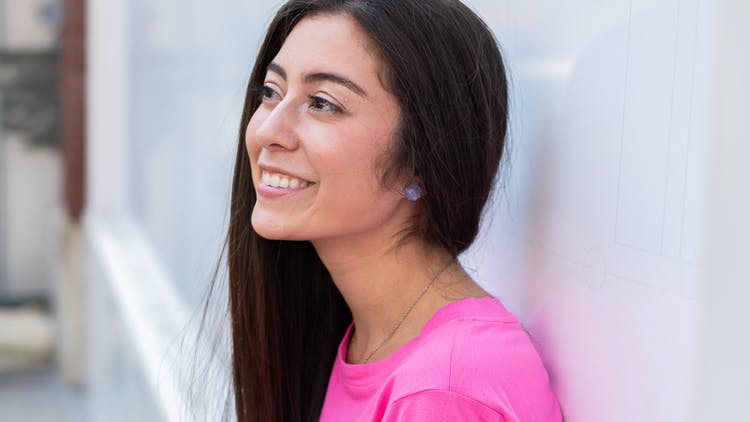