I’m Learning to Let Go of Toxic Relationships—Here’s How - Finds.Life.Church

I wish there were a one-size-fits-all solution to letting go of toxic relationships for good. Don’t you? Unfortunately, it’s a little more complicated—but here’s what I’ve learned in the process.

First, let’s get something out in the open. Being a Christian is sometimes hard, isn’t it?

Just think about all the seemingly competing principles to follow:

And those are just a few examples! It can be difficult to know how to let go of toxic relationships while still being a good Christian and showing love.

A few years ago, I had to face this head-on. I had a friend—let’s call her Beth—who’d been in my life for years. Beth and I walked through many seasons together. She’d seen me cry and she’d celebrated with me when life was good—but something was changing.

As I started taking up an interest in church and getting to know Jesus, my life began to shift.

As I took up an interest in church and getting to know Jesus, my life began to shift. I didn’t notice it at first, but my choices started looking different. I no longer wanted to talk about others behind their backs. I didn’t feel like partying as I once had.

Over time, I started vocalizing my beliefs—all rooted in biblical truths—that I was learning and developing in church. Through casual conversation, I’d tell Beth about things like the importance of tithing and generosity (something she called “stupid” and a “gimmick”) and limiting some bad influences from certain TV shows or movies (a concept she scoffed at).

Once, I explained to her how the Bible tells us that even though Christ’s forgiveness is freely offered to us, we won’t go to heaven unless we accept it and decide to have a relationship with Him. She told me I was wrong, that everyone goes to heaven no matter what they do, and then changed the subject to ask what kind of pizza I wanted for dinner.

Eventually, I just stopped sharing what I believed, desiring to avoid the ridicule altogether.

As I mentioned, I didn’t notice the change in myself as much. But Beth did. And she didn’t like it.

“You’re no fun anymore! Why don’t you ever want to go out?”

“Are you serious? It’s just one drink.”

“I don’t understand why you can’t just skip church to go to brunch this one time. You go to church every week.”

I’d be met with eye rolls when I didn’t laugh at the same defaming and disparaging jokes that I once had. Eventually, it turned into an entirely toxic relationship.

We got to a place where she would openly say mean things to me. I remember a breaking point: I said something Beth apparently thought was stupid, and she responded by laughing at me and saying, “Wow. Thank God you’re pretty.”

In that moment, I felt crushed. But then I realized something. Whenever I spent time with her, I somehow felt worse. And that’s not how a friendship is supposed to feel.

I knew I needed to distance myself from this relationship that I’d once loved so much. Beth and I served each other well for a season, but the truth was, our lives were headed in opposite directions.

Coming to that realization was hard, and it hurt—there’s no denying that. But something had to change.

For the longest time, I’d been torn. I knew our friendship wasn’t taking me closer to Jesus, but I still hung onto it anyway. It felt wrong to continue spending so much time with someone who was influencing me in a direction I didn’t want to go, but it also felt counterintuitive to my faith to turn away and kick her out of my life.

The thought of ending our friendship even felt hypocritical. She knew my history, she knew what I used to be interested in, and she certainly knew all the ways I hadn’t been a perfect Christian in the past.

But God used two truths to change my heart about toxic relationships.

1. You become like the people you spend the most time with. There’s no escaping it. If you want to become debt-free, but you keep hanging out with people who don’t steward their finances well, you likely won’t either. If you want to become more physically healthy, but you hang out with friends who don’t value healthy eating or exercise, chances are you won’t either. We have to surround ourselves with who we want to be, and often, that includes letting go of toxic relationships.

(P.S. If that’s you, might I suggest a LifeGroup? My LifeGroup has been the single most influential group of friends in my life pointing me back toward Jesus.)

2. Jesus only chose 12 disciples. Why didn’t Jesus let anyone and everyone off the street into His inner circle? Because He knew His choice of inner circle mattered. Jesus understood that the people He spent the most time with were significant, so He chose wisely. He brought intentionality to building the group of people He was going to hang out with on a regular basis. That doesn’t mean that Jesus didn’t make time for people who needed Him. It doesn’t mean that Jesus turned away from sinners, cut out all contact with the lost, insulated Himself with only those who were righteous, and called it a day. No, Jesus still strove to reach the world so that all people everywhere would know Him. He still wanted each person to have an opportunity for new life and forgiveness.

Yet, Jesus guarded His time with His group of close friends, and I think we can learn from that example.

We’re called to love people no matter what, but we’re not called to let wrong influences take center stage in our lives.

Ultimately, here’s what it comes down to: We’re called to love people no matter what, but we’re not called to let wrong influences take center stage in our lives.

Even when you don’t agree with people, you can still love them. You can spend time with them on occasion, not abandoning them or punishing them for having different beliefs. But you can also safeguard your inner circle, living out the example Jesus set for us.

The Bible tells us to be wise about the company we keep (Proverbs 13:20). It’s our job to define what that looks like in our context and put it into practice.

If you’re reading this and realizing that you have a relationship in your life that isn’t serving you or bringing you closer to Jesus, I would encourage you to set healthy boundaries for yourself and create some distance in that relationship. It’s not easy, and it takes bravery, but it’s the healthier choice for both you and your friend.

You don’t want to get to a point where you resent that person or end on bad terms. Instead, I would encourage you to spend time praying about your next step. Pray for them and pray for God to guide you in taking next steps.

From there, you have a couple of choices. You can either sit down with them and be honest, naming the behaviors you’ve noticed and telling them you’ve created a boundary for yourself. Remember to do so lovingly, filled with grace, without judging them. Instead, explain that you value their friendship, and you’d like it to be a relationship that honors and serves both of you.

Another option is to quietly create some distance between the two of you. No matter what you decide, just approach it prayerfully and trust that God will work the situation for good.

If you’re struggling with a toxic relationship that is no longer serving your life or your pursuit of Jesus, I’d love to pray over you.

God, I pray for the person reading these words. Please give them discernment over the relationships in their life. Give them wisdom, and show them who You’d have them spend time with. We ask for clarity on their inner circle, and we ask for clear direction when it comes to which people to extend trust to. Let every single decision, every single thought, and every single relationship honor You, Lord. Help us remember that our time on earth is fleeting, and we have the opportunity to spend it worshiping You. That includes who we invest in and how we surround ourselves with people who can lead us back to Your perfect example. We put our faith, our trust, and all our love in You, God. Amen. 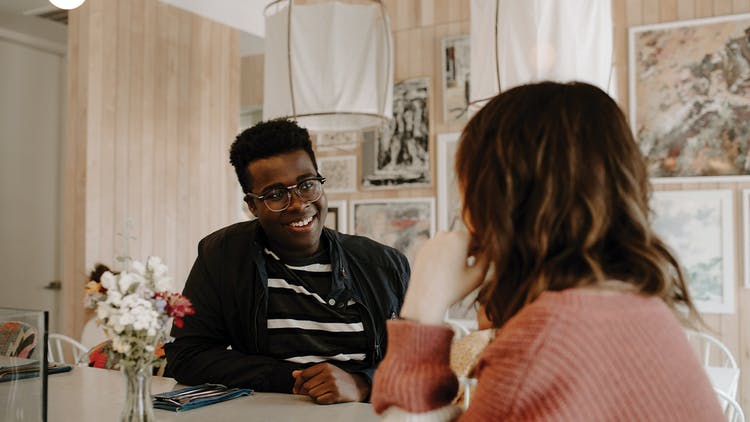 Wondering How to Start a Conversation with a Guy or Girl? Read This 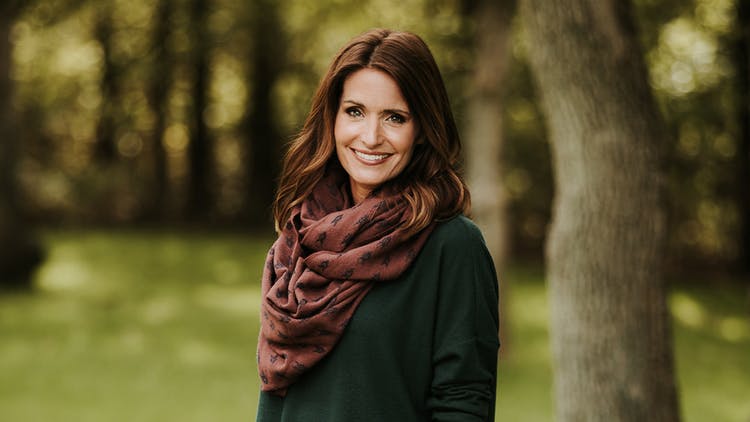