I work with kids. Especially toddlers. Every day. And I have kids of my own. Listen, I know toddlers have a soiled (pun intended) reputation, but I’ve noticed something else: toddlers share way better than adults.

Toddlers can be hilarious. But did you know that’s one reason they’re so good at being generous?

If you know any toddlers, you’re probably thinking, “This lady’s nuttier than my three-year-old.” Hold on. I know about the temper tantrums, selfishness, smells, pouting, and relentless shouting of “mine!” Toddlers can be hilarious. But did you know that’s one reason they’re so good at being generous?

I’ll explain. Toddlers remind me of this well-known Scripture.

Each of you should give what you have decided in your heart to give, not reluctantly or under compulsion, for God loves a cheerful giver. (2 Corinthians 9:7 NLT, emphasis added)

Here’s something you might not know. That word “cheerful” comes from the Greek root word hilaros. It also means, ready to do anything, and it’s where we get the word “hilarious.” Tracking now? What if we read 2 Corinthians 9:7 like this:

Each of you should give what you have decided in your heart to give, not reluctantly or under compulsion, for God loves a hilarious giver who’s ready to do anything.

I think toddlers can show us the way in our giving journey. Let’s be cheerful—no, wait—hilarious givers, ready for anything.

Watch Craig’s This is What We Do Messages

You Can Have a Strong Family Legacy 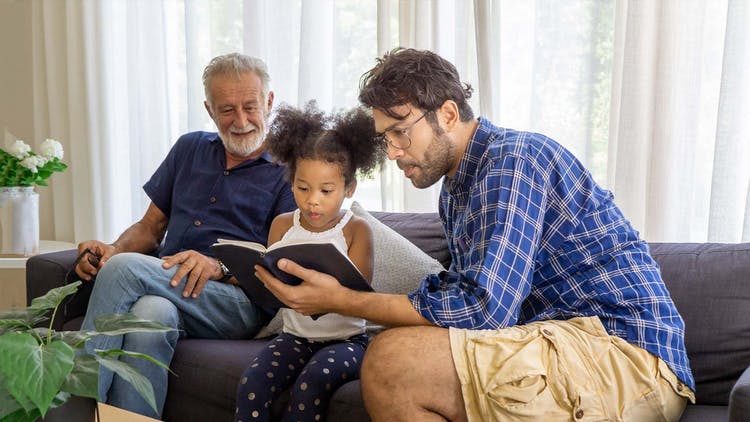 Different Types of Family Are Still Whole. Here’s What We Mean.