Why This Pastor’s Wife Is Breaking Up with Her Fake god - Finds.Life.Church

From the airplane window, everything seems small. Sunlight pours through cotton ball clouds onto the tiny, motorized Legos below. The patchwork landscape looks cozy enough to pull over my knees—a nice compliment to my coffee cup. My thoughts drift to my fake god.

Just how in the world can God see it all, know it all, and keep up with it all? Because there’s just so much, you know? So many people, so many places—each encompassing massive piles of excessive details. Maybe it’s too much for Him.

There’s a common misconception that goes something like this: I was made in God’s image, so He must be like me. I’ll call this god the “me-god.” But that’s the problem with half-truths; we only get part of the story and wrongfully assume we know the rest.

The root of this particular illusion weaves all the way back to the beginning. On the sixth day of creation, God said, “Let us make human beings in our image, to be like us. …” Genesis 1:26 NLT

But just because we were made in His likeness doesn’t mean He’s just like us. Yes—we were created to resemble God, point to God, and bring glory to God. But we can’t limit an infinite, eternal being to our finite, human restraints.

We were made in God’s image, not the other way around.

Turns out, that me-god in my head—the one who’s small, relatively explainable, somewhat distant, comfortably safe, and requires little faith—isn’t even real. Which is why I had to break up with my favorite fake god and, instead, cling to the One who encompasses an indescribable depth, beauty, and love that’s far beyond what I can possibly imagine. 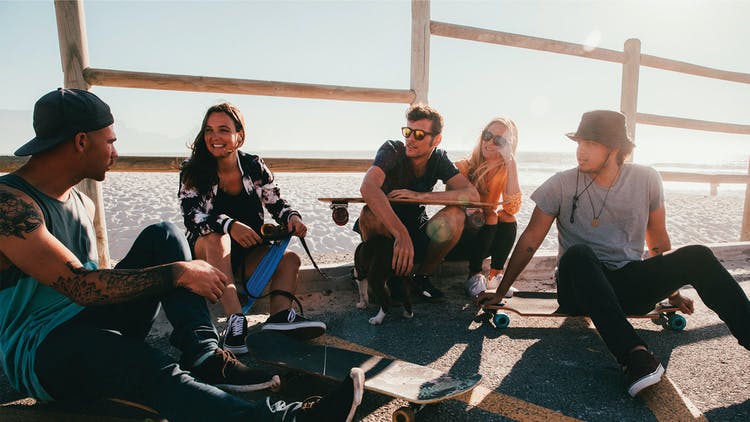 How to Prove God Is Real, Or at Least Stop Doing the Opposite